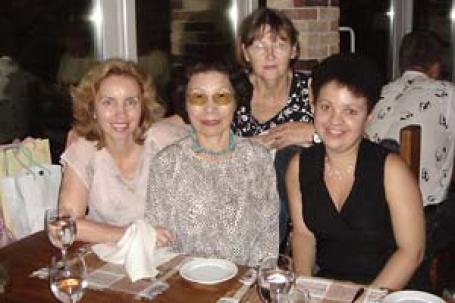 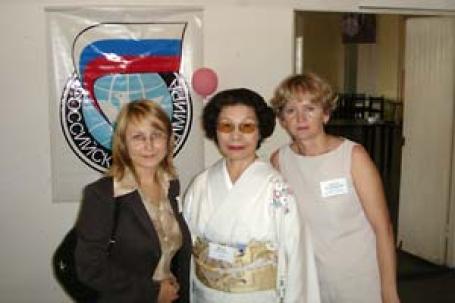 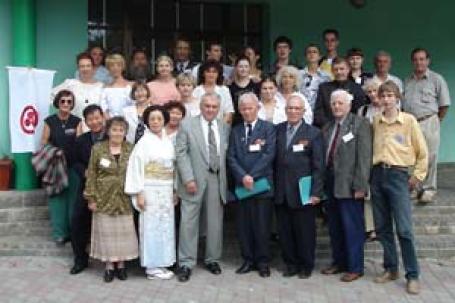 The conference was held on the 16 and 17 September, 2005 in Vladivostok with a theme of Memory and Hope, 60 years after the end of World War II in the Pacific There were 43 participants, representing Japan (1), North Korea (2) and Russia (40)

On the first day, Yukiko Inoue Backes presented PPSEAWA International president Viopapa Annandale’s message and her own speech on peace. The meeting was followed by the reports of each organization and NGOs. (The reports were prepared in English for Yukiko and the other non-Russian delegates)

After nine NGOs’ reports, three discussion groups were formed and participants talked about the previous reports. Film was shown of Northeast China during World War II.

On the second day, discussions were held on how to promote Peace between countries, and what role PPSEAWA International can take in this. Yukiko answered since this conference was held by PPSEAWA Russia, she attended as a representative of PPSEAWA International. The first step can be taken between PPSEAWA Japan and PPSEAWA Russia through the understanding and communication of members and the moral support of PPSEAWA International. There is a long successful friendship link between Russia and Japan through the Russia-Japan Friendship Association in Japan. Yukiko will get in touch with the Friendship Association as soon as possible. Many young Russians joined the conference and played an active role, which was a sign of hope for the future.

After the conference, cultural performances of traditional folk dances and music were given by participants and local artists.