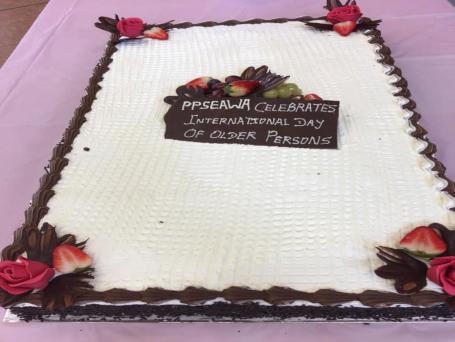 In 2015 PPSEAWA Wellington Area Group Celebrated “International Day of Older Persons” by inviting a couple of local MP’s to talk to the elderly, only about a dozen older people showed up, we all had an open and informal chat at Johnsonville Community Centre Hall. International Day of Older Persons was established by the United Nations General Assembly on the 14th December 1990.

Earlier in the year PPSEAWA Wellington Area Group organised an event “Kaleidoscope of Kulture” where a few groups performed musical or dance items, this was reasonably well attended at Newlands Community Centre Hall.

Marianne Bishop who works as a caregiver in a Residential Aged Care facility in Johnsonville, got an article in the local community newspaper telling the community what PPSEAWA was planning to do. She contacted 10 Aged care facilities and invited them to bring some residents to watch the performers. PPSEAWA member’s contacted performers they knew of and asked them if they were available to perform. Marianne co-ordinated the performers. 3 members of Parliament were invited to speak to acknowledge “International Day of Older Persons” and thank the performers for their performance. This event was well attended by elderly in the community as well as residents from 1 facility. We had one of the residents and 1 young performer cut a cake, that had been specially made for the occasion and then we all enjoyed a lovely afternoon tea afterwards. Everyone had a great time, PPSEAWA brought together the young the older and some members of parliament to celebrate a wonderful day to acknowledge the older person and how they have and still contribute to their community.

Jackie Hollywood attended with about 6 local Girl Guides who helped with afternoon tea.