Reflections From a Youth Perspective on PPSEAWA Conference in Bali 2010 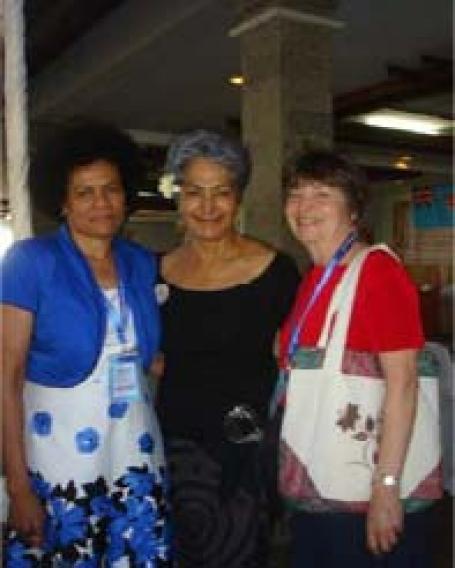 As an average college student, Bali was a place I never expected to visit. Yet when my mom invited me to accompany her to attend the PPSEAWA Conference this past summer, it was an opportunity I couldn’t pass up. After all, who would say no to a vacation in paradise?

It turns out this trip to Bali was not your typical vacation of sightseeing and relaxing on the beach… it was something far better. The majority of the time there was spent at the conference- attending meetings, discussions, presentations, and simply getting to know one inspiring group of women.

Being new to Bali and new to PPSEAWA, I didn’t quite know what to expect. I had only recently discovered where Bali actually was- a tiny island within a series of islands that makes up Indonesia. As for PPSEAWA, it was the mysterious reason my mom had been glued to her computer many weeks leading up to the conference. But that was all I knew.

When I stepped inside the Agung Hall for the first time, I sensed what PPSEAWA was all about. Instantly, I was surrounded by women from all over the South-East Asia and Pacific regions of the world, speaking different languages and wearing their traditional dress. For that week, something brought us all together, and it was no accident that I was present…I was meant to be here, with these women.

Throughout the conference, presentations were given and meetings took place. The amount of information that was being exchanged was overwhelming to me, but in reality it was nothing short of fascinating. The things that these women were doing to make a difference in the world, the projects they were taking on to better the lives of others- it was something I wanted to be a part of.

I wouldn’t be an observer for long, though. Just a couple days into the conference and I was already leading discussions as one of the new youth members. It seemed intimidating at first, but the respect and openness that I received soon faded any worries I had had. I found myself participating in discussions of issues I felt strongly about, some regarding American society today and comparing it to other societies around the world. I never had the opportunity to share some of these opinions I had before, but the environment here within this PPSEAWA Conference made it possible.

Through learning of others’ perspectives I not only found myself intrigued by what set us apart but also, and more importantly, inspired, by what had brought us together. We all believed in what PPSEAWA stood for: “fostering a better understanding and friendship among women … [through] the study and development of social, economic and cultural conditions”. Within the beautiful setting of Bali, I learned so much about a new culture and a new group of women who are so driven to better the world, one step at a time. All of these discoveries put my own life into a perspective that has inspired me to become a part of this change, and I have PPSEAWA to thank for this.